A Tuesday notes column including commentary on the Vikings following last night’s loss to the Seahawks in Seattle.

It seems probable this will be cornerback Xavier Rhodes’ last season with the Vikings. He had a glaringly inconsistent performance last night that included an apparent communications mix up leading to a Seahawks touchdown in the 37-30 loss. He also clearly showed poor judgment in committing a personal foul leading to a first half Seattle touchdown. He lost his temper on the sidelines during the game and for awhile was replaced by Mike Hughes.

The 29-year-old Rhodes is paid like one of the NFL’s best cornerbacks with a reported $70 million deal he signed in 2017. He had a disappointing season in 2018 and has been inconsistent this year, including some poor moments. He has obviously tested the patience of head coach Mike Zimmer.

The Vikings will enter the 2020 offseason with challenging salary cap numbers. At Rhodes’ age, and with his sizeable contract and recent performances, he looks like an easy cut from next season’s payroll.

A couple of team stats stand out from last night’s game. The Seahawks’ time of possession was 39:45, the Vikings’ 20:15. It’s difficult to win when one team is so in dominant controlling the football.

The game officials allowed an aggressive style of play. Each team had just 30 yards in penalties, with Vikings fans not happy with the officiating.

With an 8-4 record the Vikings face a favorable remaining schedule that could see them win their final four games. “I kind of think they will,” former Viking Matt Birk told Sports Headliners this morning.

Three of the last four games are at home, with the Green Bay Packers appearing to be the only team who might be favored against Minnesota.

The Seattle loss was costly, though, because even if the Vikings make the playoffs they may not have home field advantage. Right now several NFC teams, including the Packers who lead the NFC North, have better records than Minnesota.

The Vikings need to have key players heal up soon from injuries including wide receiver Adam Thielen who missed last night’s game, and running back Dalvin Cook who was injured in the second half. Left tackle Riley Reiff was injured in the first half and replaced by Rashod Hill who appeared to struggle in his performance.

Zimmer refers to Cook as a “model citizen” in the December 2 issue of Sports Illustrated. A feature story on the star running back looks back at Cook’s off the field problems as a teen and how his “rap sheet” deterred teams from taking him in the first round of the 2017 NFL Draft. In the pre-draft interview process Vikings GM Rick Spielman became confident enough in Cook’s character to select him in the early second round.

“I can’t even fathom a time when there has been a question about this kid’s dedication to what we are trying to do,” offensive coordinator Kevin Stefanski told S.I. “There’s been no prodding with Dalvin Cook.” 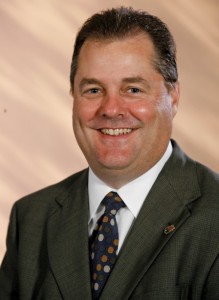 Renaissance man Matt Birk is the latest guest on “Behind the Game,” the Twin Cities cable TV program co-hosted by Patrick Klinger and Bill Robertson. Birk, the former All-Pro NFL center, has led a varied life since retiring as a player. He has worked for the NFL, started a Catholic High School in Burnsville, done standup comedy, written a book, spoken to groups as a corporate speaker, and been linked to a possible future in politics. He and wife Adrianna have eight children. “Behind the Game” episodes can also be viewed on YouTube.

A popular projection is the Gophers will play in the January 1 Outback Bowl in Tampa. That’s a desirable destination because the Gophers have never been to the Outback Bowl, Tampa is an easy direct flight from Minneapolis, many retired Minnesotans live on the Gulf Coast and a prestigious SEC opponent awaits. As do sun-splashed beaches.

Via email former Gopher Scott Mullen on the possibility SEC powerhouse Alabama could be the bowl opponent: “If that’s the case, best ditch the oars and get an outboard motor for the boat.”

The Gophers finished with a 10-2 regular season record and had good fortune with keeping most of their key players healthy and available to play. Head coach P.J. Fleck labels his Dan Nichol “the best strength coach in America.”

The Gophers value strength and conditioning, but there’s more in their pursuit to stay healthy. “I also think it has a lot to do with the mental health as well,” Fleck said. “It’s not just the physical health. It’s the mental health, emotional health of your football team. Are they in the right place mentally, emotionally, to be able to perform at a high level? A lot of times that keeps players out almost more than the physical injuries these days.”

With Minnesota’s season ending loss to Wisconsin, Fleck didn’t get the birthday present he wanted when turning 39 last week.

Big Ten football teams played 96 home games this season but only 32 were sellouts. The Gophers had two sellouts at TCF Bank Stadium, reflecting the Big Ten and major college football status of struggling to fill seats.

With the Minnesota Twins not bringing back C.J. Cron, they could move Miguel Sano from third to first base and potentially tighten infield defense.

The new Minnesota Timberwolves City Edition uniforms may seem a little familiar to those who watched the Minneapolis Lakers play in the early years of the NBA. The uniform is baby blue and bears the letters MSP on the front. “The design pays homage to the Lakers but is done indirectly,” Wolves executive Ted Johnson wrote via email. “That is because the Minnesota Timberwolves do not have the rights to the Lakers logos, colors or historical uniform designs. All of that belongs to the current franchise located in Los Angeles.”