Joan Gabel takes over as University of Minnesota president July 1 and her tenure will be interesting on many fronts including athletics.

Former Golden Gophers football player Mark Sheffert was a member of the presidential search committee, and he is a shrewd evaluator of people and organizations. It didn’t take him long during the search process to become an admirer of Gabel.

Sheffert has over 40 years of business experience and in 2014 was inducted into the Minnesota Business Hall of Fame. He is former president of First Bank System (now US Bancorp) and now he is founder and CEO of Manchester, a renowned Minneapolis-based firm providing financial and advisory services to organizations. A reserve football player for the Gophers in the 1960s, he is a passionate but sometimes critical supporter of the University on multiple issues including athletics.

Sheffert has long insisted that high profile U sports like football can and should be more successful, and do so on a consistent basis. He told his colleagues on the academics-heavy search committee he wanted the U to hire a person “that understands” the value of Division I sports in this marketplace.

The athletic department reported to Gabel at South Carolina where she is provost. She has been exposed to big-time sports at South Carolina, including the football-crazed South Eastern Conference environment. Her experiences should be beneficial to the U Athletic Department and Gophers fans.

“I love sports—I’m a huge fan,” Gabel said in a 2015 story about her on the University of South Carolina website.

“She is a supporter of athletics. She loves athletics,” Sheffert agreed. “She thinks we can do better in athletics, and I love that too. She said during the interview (process), ‘I think there are a lot of opportunities at the University of Minnesota that haven’t been capitalized on, and we’re going to do that.’ ”

When Sheffert and others on the search committee looked at Gabel they saw a candidate with not only interpersonal skills, but a balanced blend of administrative, academic, law, finance and business backgrounds. “She started off as a commercial litigator. Commercial litigators are the true professionals of the legal field,” Sheffert said. “She was also at Missouri (as) head of the business school.”

Gabel will become the 17th president of the University and the first female. Sheffert is pleased to have Gabel, who quickly earned his confidence, make history at Minnesota. “She did her homework (on the University),” he said. “She knew more about us coming into the (interview) meeting than we knew about her. As soon as I read her resume, I said to myself, ‘This is going to be our next president.’ “

Over the years the University has employed many presidents who shorted athletics in vital ways. They failed to recognize and passionately support the notion athletics do represent “the front porch” of a major University’s image, and the resulting goodwill and financial windfalls that can occur. Not only didn’t many of those presidents make athletics a priority at Minnesota, but their indifference and lack of expertise resulted in mediocre (at best) hires of athletic directors and coaches.

Gabel will soon have the opportunity to not only be the first female president but perhaps one day be judged as the best ever for both academics and athletics.

Vietnam veteran Tom Sakal, a superb defensive back on the 1967 Golden Gophers 1967 Big Ten champions and one of the great captains in program history, will be interred Tuesday at Arlington National Cemetery. Tom was a wonderful friend and he lived a life that blessed so many others including his many years as an insurance executive.

Twins’ fan Scott Buss writing on Facebook: “In June they should have regular price tickets and $4 beers and $2 hotdogs all month. By July, people will be scalping tickets if they keep playing the way they are.”

The Twins, with the best record in the majors, are 12 games over .500 at 25-13 going into today’s series finale at Target Field against the Tigers. Minnesota’s starter, Martin Perez, is 5-0 with a 2.83 ERA after restarting his career coming over from Texas.

Baseball legend Willie Mays, who played for the 1951 Minneapolis Millers and is considered by some authorities to be the greatest player ever, turned 88 last week. Mays played his early MLB career with the Giants in New York when the club eyed a franchise move to Minneapolis. Instead, the Giants moved to San Francisco after the 1957 season and Mays played most of his career in windy Candlestick Park instead of home run friendly Metropolitan Stadium in Bloomington.

An NBA source told Sports Headliners new Timberwolves general manager Gersson Rosas was effective in 17 years working for the Houston Rockets front office but not visible to the public. “There weren’t five paragraphs written about him in the newspapers,” the source said.

Rosas’ work as assistant general manager for the Rockets was appreciated by Kevin McHale, the former Houston head coach and once the Timberwolves basketball boss. “Great hire by the Wolves. Gersson is a good blend of analytics and basketball. He values high IQ and skill in players, along with chemistry. Gersson will make sure the team can produce high value shots from three, in the paint and from the line. He is a good person and will fit very nicely in Minnesota.”

Among Rosas’ challenges will be extracting more production from over compensated Andrew Wiggins. A suggestion: switch Wiggins from small forward to big guard. NBA game strategy is often about exploiting mismatches and at 6-foot-8 the athletic Wiggins has the potential to do just that, including near the basket. 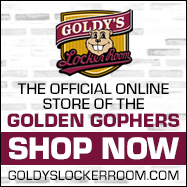