A pro basketball source who didn’t want his name printed was asked about the chances of Amir Coffey being selected in the second round of the June 20 NBA Draft.

Coffey announced last week he will forego his senior season of eligibility with the University of Minnesota to play pro basketball. It might be that Coffey’s next basketball team will be part of the NBA’s player development league, or playing professionally overseas.

The source, whose career experiences include college and pro basketball, is unsure if Coffey will receive a free agent offer from an NBA club and then an assignment to the G League. His thinking is that if Coffey has the option of choosing between the development league and overseas, it’s to his benefit to be in the United States where he will be more visible to NBA franchises.

Coffey, 6-foot-8 and about 205 pounds while in college, is a multi-positional player who was among the Big Ten’s best in March, but during three seasons with the Golden Gophers he didn’t show consistent outside shooting including three point scoring. “If you don’t shoot the three-pointer (well), it’s hard in today’s NBA,” the source said.

Coffey has been training for a couple of months for a pro career. He has received feedback from NBA evaluators who didn’t invite him to the prestigious NBA Draft Combine last month in Chicago involving 66 draft eligible prospects.

“I think he has a chance (of being drafted).  He’s doing really well in the workouts,” Gopher coach Richard Pitino said last night at a U fan event.  “Obviously, he is 6-8, he is skilled (and) so we’re rooting for him.”

Neither Coffey, nor Reid Travis, another Minnesota native, is predicted to be drafted in either the first or second round by Nbadraft.net. The Timberwolves are projected to select North Carolina small forward Nassir Little with their No. 11 selection.

That website’s mock draft for next year has Duke’s Tre Jones projected as the No. 28 selection on the first round, but incoming Blue Devils teammate and fellow Minnesotan Matthew Hurt isn’t included among the first or second picks.

Hurt will be a freshman this fall while Jones returns to Duke for his sophomore season. Hurt’s absence in the mock draft didn’t surprise the pro basketball source mentioned above who believes the former Rochester John Marshall five-star recruit must fill out his 6-foot-9 frame (about 215 pounds) and become stronger.

Kevin Warren is a history maker. He became the NFL’s first African-American Chief Operating Officer with the Vikings, and today in a surprise announcement was introduced as the sixth commissioner of the Big Ten Conference. 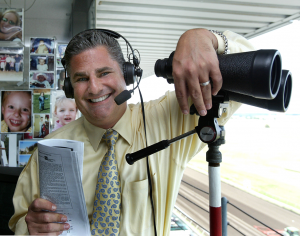 Minnesota Wild goalie Alex Stalock and Canterbury Park race caller and KFAN radio personality Paul Allen are among the owners of the filly One Famous Ocean who will race in Canterbury’s $57,000 Gopher State Derby on June 8. She qualified for the Derby by running the third fastest time in late May quarter horse trials involving 34 three year olds.

Bud Grant’s annual garage sale starts at 5 p.m. on Wednesday and he guarantees that at age 92 this will be his last. He gave that promise and other details on WCCO Radio’s Sports Huddle show Sunday. The sale is at his Bloomington home, 8134 Oakmere Road, and is expected to continue into Thursday and Friday.

The Twins were No. 2 behind the Astros last week in ESPN.com’s power rankings of MLB clubs. What single move could take Minnesota to No. 1?

The signing of star closer and free agent Craig Kimbrel is perhaps the surest answer if he could approximate past performance after a spring of game inactivity. He won’t come cheap but his signing will give credence to the longstanding contention of Twins executives that the Pohlad family is willing to spend big money when the situation is right.

It’s a good guess the Twins will be announcing all tickets are sold for the three-game celebration of Joe Mauer’s career June 14-16, with standing room a likely bet for the June 15 game when his jersey is retired.

Trevor Larnach, the Twins’ first-round draft selection a year ago, is the Florida State League Offensive Player of the Week, according to an article yesterday by Sam Dykstra with Mlb.com. He was 10 for 20 with hits including two home runs, two doubles and seven hits during the period of May 27-June 2 playing for Class A Advanced Fort Myers.

Former Gophers Big Ten championship basketball coach Jim Dutcher was honored recently by Alpena (Michigan) Community College where he coached early in his career. Dutcher, who turned 86 in April, was named Alpena’s 2019 Fellow of the College.

WCCO Radio Sports Huddle show co-host Dave Mona, along with his wife Linda Mona, are promoting another Camden’s Concert and looking for on-site and online auction items. Among items already secured are tickets to the Vikings-Packers game at Lambeau Field September 15. Auction suggestions can be sent to l.mona@creativeenvironments.net. Country western singer and song writer Suzy Bogguss will entertain at the July 16 concert at the Hopkins Center for the Arts. Money raised from the concert helps research to find a cure for Cystic Fibrosis.