When do the Minnesota Wild determine whether restricted free agent Kevin Fiala will be with the team next season?

Wild owner Craig Leipold told Sports Headliners “it’s likely we’ll come to some conclusion at the NHL Draft.” The event is July 7-8 this year in Montreal.

Why then? Leipold said: “We love him. He’s a good kid. It’s going to be really difficult to re-sign him. We likely will need to trade him for draft picks which will help our future, and hope that we can find a win-win for a good place for him and a good place for us.”

The Wild’s 25-year-old forward is one of the team’s best point producers but the franchise faces salary cap restrictions. Leipold said GM Bill Guerin, his management team and scouts work on the Fiala dilemma every day. “It’s their big project trying to find a way to keep him. He was a huge part of our success last year. We hope it will work but if it doesn’t we’ve gotta keep our options open.”

The Wild had a disappointing first round loss to the St. Louis Blues this spring. The outcome stung the team, the fans and the owner who stayed away from his St. Paul office for about a month following the series. 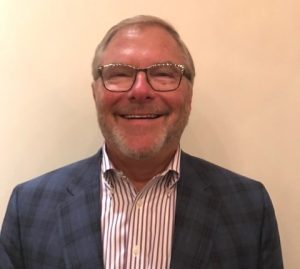 “Oh, yeah, that thing,” said Leipold who also lives in Racine, Wisconsin. “It was a hard loss. Probably the most difficult loss that I had to go through in sports as an owner in 24 years. We think we’re a better team than we played. We didn’t do our best, but we’ll make the changes that are necessary. We have one goal in mind and we’re going to get a Stanley Cup. We know what we need to do to do that, and we’ll make sure that we fix it.”

Liepold didn’t detail those changes but he did talk about pending superstar Kirill Kaprizov. In just two seasons the young Russian has convinced at least some Wild historians he is the most gifted and exciting player in franchise history.

“I mean he has no weakness,” Leipold said. “He is the total package. We’re glad we have him signed for four more years and hopefully when those are getting close to ending we’ll sign him for eight more.”

Karprivov set a team record last season scoring 108 points. He also came up big in the 4-2 playoff series loss to the Blues, producing seven goals and one assist.

Leipold described the 25-year-old forward as not only a “bundle of excitement and energy and passion,” but remarkably humble. “His English is probably better than he might let on but players love him. He’s great in the locker room.”

Fans feel anxiety about Kaprizov returning to his homeland in the offseason, with Russia involved in war with Ukraine. But Leipold doesn’t seem overly concerned and pointed out many Russian hockey players have been able to get in and out of the country.

The Wild played before raucous sellout crowds at home this year, much different than the pandemic restrictions that in the past forced NHL teams to compete in empty arenas. With success in 2022 and an economy rocked by inflation, the Wild is implementing about a five percent increase in ticket prices. “We hate to do it but we gotta stay competitive,” Leipold said.

Single game tickets aren’t on sale yet but Leipold said season sales are close to 13,000 because of increased interest in the team. The total for 2022-2023 will likely be capped at 13,000 or 13,500, so that inventory for several more thousand seats is left for single game and group tickets.

“We’re an exciting team,” Leipold said. “We think we’re going to get a lot of fans that will come in and buy season tickets. …”

The best of birthday wishes to former University of Minnesota athletics trainer Jim Marshall who turns 92 on July 3. He served Gophers athletes and coaches for 42 years before retiring.

Defending champion Juli Inkster is returning to play in the second annual Land O’Lakes Legends Classic presented by The Meadows at Mystic Lake, an official tournament on the Legends of the LPGA schedule. She is a 31-time LPGA Tour champion with seven major championship titles on her resume.

The August 12-14 event will be a 36-hole tournament and feature a field of 40 Legends of the LPGA—ages 45+. There is no cut in the tournament. Four top senior women amateurs from the region will play alongside the Legends and fill out the field of 44. https://www.legendsclassicmn.com 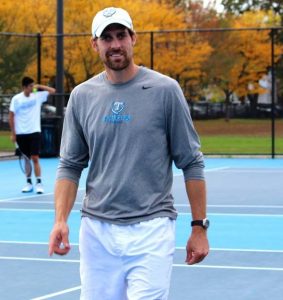 Wayzata High School alum Karl Gregor is the Wilson Intercollegiate Tennis Association Division III National Coach of the Year after his Tufts men’s team made the NCAA “Final Four” this spring for the first time in program history.

Caleb Truax, the former IBF super middleweight champion from Osseo, is the latest guest on the “Behind the Game” TV show with hosts Patrick Klinger and Bill Robertson. Truax, 38, wants to continue boxing for awhile before retiring. https://www.youtube.com/watch?v=WnrdQAA70H8