The Land O’Lakes Legends Classic presented by The Meadows at Mystic Lake is an opportunity to see some of the greatest women golfers this coming Saturday and Sunday while going easy on the inflation-weary family budget.

Tickets cost $25 each per day or $40 for a two-day pass, plus free parking adjacent to the golf course. Anyone 17 and under accompanied by a ticketed adult is admitted free. Active and retired military with ID also receive free admission. 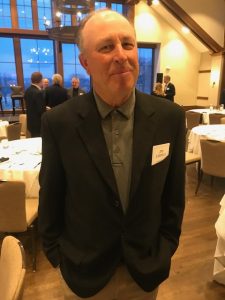 “I love the fact fans can get right up next to the players,” Jim Lehman said. “We don’t have ropes and stakes. …They can get autographs at the end of the round. We don’t have the same limitations on fans that you might see at the 3M (Open) or other major tournaments.”

Lehman is co-owner of the Legends Classic with former Golden Gophers women’s coach Michelle Redman. It was about three years ago Redman came to Lehman with the idea of making the Minneapolis area a tour stop for The Legends of the LPGA. The tour dates back to 2000 and provides competitive opportunities for LPGA Tour professionals and eligible amateurs age 45 and over.

Lehman, who has been running his local sports talent management company for 30 years, liked the idea of putting the Legends on the August golf map in Minnesota and giving the public an opportunity to see some of the biggest names in women’s golf. “Minnesota people love golf,” Lehman told Sports Headliners. “They love golf competitions, and we’re hoping that we can continue to grow the Legends event at Mystic Lake.”

The first Legends tournament in Minnesota was last year. “I’m really excited about the field this year,” said Redman, a two-time LPGA Tour winner with four wins on the Legends of the LPGA. “I think it will be even more competitive than last year. I have been working on my game pretty hard to get ready, but I’m also just really looking forward to seeing everyone out here. It will be a great celebration of women’s golf.”

LPGA and World Golf Hall of Famer Juli Inkster is back to defend her championship, and there are newcomers of note. “I thought last year’s field was really good,” Lehman said. “This year is even better.”

Lehman remembered a story from last year illustrating the depth of accomplishment by the women in the field. He was enjoying the company of Stacy and inquired what year she won the U.S. Women’s Open. Her response: “Jim, I won it three times.”

Forty LPGA legends compete in the tournament, along with four senior amateur women who appeared in last year’s event and have been invited to return: Leigh Klasse of Cumberland, Wisconsin, and Minnesotans Adele Peterson of Eden Prairie, Claudia Pilot of Brainerd, and Brenda Williams of Hopkins.

Lehman said the pandemic was a setback for the Legends tour with events cancelled. There were about twice the number of tour stops as there are now. The result has been high interest from players to compete at Mystic. “We had a lot of women on a wait list trying to get in,” Lehman said.

The Meadows is an acclaimed golf course and it will challenge the players next weekend including with its water hazards. “They have to hit it pretty straight,” Lehman said. “That’s probably the challenging part about the golf course. Keeping the ball in play and hopefully making a couple of putts for birdies.”

The 18 holes will be set up to play under 6,000 yards. “We don’t kill them with distance but they have to hit it straight, and the greens will be fast,” Lehman said. “It will be pretty similar to last year.”

Land O’Lakes as the title sponsor and the Shakopee Mdewakanton Sioux Community as the presenting sponsor are vital to the tournament’s existence. “It’s definitely profitable,” Lehman said about the tournament that made money last year and will again.

The support from the sponsors and others including the fans make Lehman optimistic about the event’s future. “We definitely want to keep this event going. … We’re going to make every effort to make that happen.”