Tom Brady, 43, has been the quarterback on seven Super Bowl winning teams including last night when he helped lead the Tampa Bay Bucs to a 31-9 victory over the Kansas City Chiefs. After the game he was given the Super Bowl MVP Award for the fifth time. “In our lifetime we’re not going to see anybody even close to him record wise,” Bud Grant told Sports Headliners during an interview this morning.

While setting NFL player records Sunday night for most Super Bowls won and Super Bowl MVP awards won, Brady completed 21 of 29 attempts (72.4 percent) for 201 yards and three touchdowns with no interceptions, a 125.8 passer rating. He also built on his Super Bowl records for the most career completions (277), passing yards (3,039) and passing touchdowns (21).

Grant, the former Minnesota Vikings coach who took four teams to Super Bowls in the 1970s, used to ask scouts about the instincts of players they were evaluating. The scouts spoke about the measurables of players like size and speed but Grant wanted to know more.

“I said, ‘No, instinct is not measured. It is observed.’ All the great players have good instincts. His instincts (Brady’s) are as good as anybody. He doesn’t make many mistakes. Even those jump balls that he throws, they’re pretty darn close to being right on the money. …His instincts tell him who to throw to, where to throw, when to throw.” 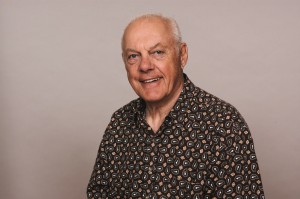 When Grant coached he spoke of durability. One player might sprain an ankle and be sidelined for weeks, while another could be ready for next Sunday. Grant looks at Brady and sees a great quarterback who has been able to avoid injuries.

“One of the main things (about Brady’s success) is he’s durable,” Grant said. “He takes a few hits, not a lot. He gets rid of the ball quick. He’s like (Aaron) Rodgers. Those guys, as soon as the ball is snapped they know where they are going with the ball and they don’t get caught with the ball.”

While Brady generated a lot of attention last night, Grant said it was the Bucs’ defense that won the game. That unit contained Chiefs quarterback Patrick Mahomes, who Grant compares with Vikings Hall of Famer Fran Tarkenton. Mahomes, now, and Tarkenton in the 1970s when he quarterbacked for Grant, are two of the most entertaining escape artists in NFL history. The Bucs sometimes made Mahomes scramble for 20 yards and not have much to show for it. “The best team won, there’s no question about that,” Grant said.

Going into the game he didn’t realize how outstanding a team the Bucs, who came on strong late in the season and during the playoffs, really are. “I don’t watch that much football. I can’t sit there for three hours, or six hours on Sunday, and watch all those games. I’ve got other things to do. But I watch enough football and I enjoy it. …”

The beloved Hall of Fame coach, now 93 and healthy, has a large family of children and grand kids living within about 30 minutes of his Twin Cities residence. The pandemic has sidelined his legendary passion for hunting and fishing. Sometimes his outdoors companion is son Mike Grant, the Eden Prairie football coach. “We haven’t planned anything, only because COVID limits your options,” Mike said.

Grant sizing up the entertainment value of last night’s big game: “It wasn’t a very good game to watch from a spectator standpoint. There weren’t a lot of big plays. …It’s probably going to be forgotten pretty quick, that game yesterday.”

Bob Hagan, the Vikings vice president of football and media communications, didn’t work the Super Bowl for the first time in 18 years. He has been part of NFL PR staffers from around the league servicing the media in the past, but the pandemic dramatically reduced credentialed media covering the 2021 Super Bowl.

Chiefs linebacker Damien Wilson, and wide receiver Tyler Johnson and safety Antoine Winfield Jr. from the Bucs, were Jerry Kill and Tracy Claeys  Gophers recruits. Wilson wasn’t even ranked by 247Sports coming out of high school and came to Minnesota from junior college. Johnson and Winfield were 247Sports three-star players as preps.

Dan’s last day as athletic director at St. Thomas Academy will be April 2. He has accepted a position with Hays Financial Group in Minneapolis but will continue coaching football at St. Thomas. The former Gophers coach is grateful for the opportunity to continue in that role. “This fit right into their (Hays) philosophy of giving back to the community,” he said.

Garrison Solliday, the Mr. Football finalist from St. Thomas Academy, has preferred walk-on offers from Duke and Wisconsin, and is likely to play inside or outside linebacker in college. Danny McFadden, the Academy running back, has accepted a preferred walk-on invite to Stanford.

Word is Chet Holmgren, the Minnehaha Academy superstar who could be the No. 1 selection in the 2022 NBA Draft, will consider joining the pay-for-play G League team for elite prospects, but is leaning toward college next fall. Holmgren’s list of potential college programs still includes the Gophers. The programs in contention for the nation’s No. 1 prep prospect are: Georgetown, Gonzaga, Memphis, Michigan, Minnesota, North Carolina and Ohio State.

In yesterday’s 247Sports composite team rankings for 2021 recruiting, Wisconsin at No. 15 in the country led all Big Ten West football programs. The Badgers’ group of 21 recruits features one five-star offensive lineman and two four-star O-line prospects including Riley Mahlman from Lakeville South. Nebraska at No. 20 and Iowa, No. 23, are closest behind the Badgers, with Minnesota next at No. 37.

Karl-Anthony Towns, who because of COVID-19 protocol hasn’t played in a game since January 13, might return tonight in the Timberwolves’ home game with the Dallas Mavericks.

Fan criticism of Gophers basketball coach Richard Pitino is intensifying after three consecutive losses and a 0-6 road record. Pitino, now in his eighth season at Minnesota, has coached one team with a winning regular season Big Ten record.

A pessimistic reader asked if Minnesota can earn its way into the NCAA Tournament with a 14-12 regular season record. Highly unlikely. The Gophers, 11-7 right now, would probably need to win two games in the Big Ten Tournament to qualify for “March Madness.”

MLB.com didn’t include Twins minor leaguer Jhoan Duran in its top 100 MLB prospects listing but sees him as the organization’s player most likely to break through. A summary last Thursday said the right hander’s fast ball approaches 100 miles per hour and that Duran throws a “nasty splitter/sinker hybrid” that can get big leaguers out.

The Twins are hoping to play in front of fans this spring for more than the franchise’s direct benefit. Customers at Target Field could help revitalize downtown businesses.