The Minnesota Twins open their regular season tomorrow (Thursday) in Milwaukee against the Brewers with a roster assembled to compete now and probably for a few more seasons. This is a veteran team with players that should be entering their peak years, plus a couple of bell cows in 40-year-old Nelson Cruz and 35-year-old Josh Donaldson who are trying to make Father Time slow down. There are also nine pitchers who are 30 or older.

Twins president Dave St. Peter told Sports Headliners his club has the talent, depth and experience to be one of baseball’s better teams. “I wouldn’t describe us as a young team. We certainly have some young players but the core of this team has been together for a long time. …”

That core has produced consecutive AL Central Division titles, and the win-now window continues. “There’s no question the focus now is on 2021 and we think we’re well positioned to win a lot of baseball games,” St. Peter said.

After a lengthy rebuild with youth, the Chicago White Sox emerged as a division threat to the Twins last year. The White Sox might be a more popular choice in 2021 to win the division than Minnesota. MLB.com authorities are picking the White Sox and so is Sports Illustrated, offering a prediction Minnesota makes the playoffs as a Wild Card entry with a 92-70 record. “The White Sox get a lot of hype and deservedly so with some of the offseason moves they’ve had,” St. Peter said. “The players that they’ve accumulated there, they have a lot of talent.”

Among reasons for liking the White Sox is the bullpen. MLB.com says it’s the best in baseball, with the Twins checking in at No. 10 led by Colomé and Rogers.

The White Sox have not only arrived but there is more talent coming to Chicago. Andrew Vaughn, at DH or first base, and second baseman Nick Madrigal, are early favorites for AL Rookie of the Year. MLB.com ranks the White Sox No. 9 for top farm system pitching prospects, with two other AL Central rivals even higher—the Detroit Tigers at No. 1 and Kansas City Royals No. 5.

The Twins already have an advantage over the White Sox and the long season ahead. St. Peter said his team is collectively healthier coming out of spring training than any in years, while the White Sox will play most or all of the season without injured star outfielder Eloy Jiménez.

When the Twins open at home April 8 against the Seattle Mariners, the 10,000 fans allowed at Target Field will represent the largest gathering in Minnesota since March of 2020. Former Twins manager Ron Gardenhire will throw out the ceremonial first pitch to son Toby Gardenhire, who will manage the Triple-A St. Paul Saints this season.

Gardenhire, 63, retired as the Tigers manager last year. The Twins expect to dialogue with Gardenhire about a future role in the organization. “To be determined, I think would be the answer there,” St. Peter said about rejoining his franchise.

Former Pioneer Press sportswriter Gregg Wong, local book author Stew Thornley and Mayo Clinic physician Kyle Traynor are returning as the official scorers for Twins games at Target Field. They will be back in the press box after scoring games at home in 2020 because of the pandemic.

Wong remembers Kirby Puckett and his big personality as the favorite athlete he ever covered with the newspaper. Before games Puckett would enter a quiet clubhouse and start agitating teammates. “He brought life to everybody,” Wong said.

On the road Wong would go to Puckett’s hotel room and the two ordered room service and played gin rummy. “We would talk about everything except baseball,” Wong said.

Former Twins pitcher and broadcaster Bert Blyleven turns 70 next Monday. He is now a special assistant with the organization, like other Twins greats such as Rod Carew and Tony Oliva. 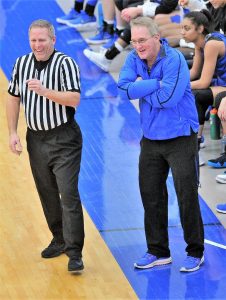 Brian Cosgriff, who coached Hopkins to seven girls’ state titles in 21 years before retiring last year, is planning a return to coaching while sorting out options. “I definitely missed it,” the 60-year-old Cosgriff said.

Part of the appeal is to reunite with brother Barry Cosgriff who assisted him at Hopkins. “He’s the best assistant in the state,” Brian said.

The overhyped Big Ten not only didn’t place a team in the 2021 men’s Final Four but also has only one NCAA Tournament champion in the last 30 years, Michigan State in 2000.

Wishing the best for New York Times best selling author and former Gophers golfer Harvey Mackay while he continues his recovery from COVID-19. Mackay’s latest book came out in January, “Getting a Job is a Job.”

Gophers hockey forward and captain Sammy Walker talking about his team that almost qualified for the Frozen Four: “Especially the last couple years, we haven’t been where we want to be. I think after this year, we’re definitely taking the steps to getting back where we want to be as a program.”

With Barry Alvarez expected to soon announce his retirement as Wisconsin athletics director, it will be interesting to see if school leaders are savvy enough to let him name his successor.