For sure, but the angst was nowhere near as dramatic as a couple of decades ago.

After the 2001 season MLB owners voted to contract two franchises, the Twins and Montreal Expos. It looked like there would be no 2002 season—or any beyond that—for these clubs. They were struggling financially and other MLB franchises were weary of financial subsidies for bottom feeders Minnesota and Montreal.

Twins owner Carl Pohlad and MLB commissioner Bud Selig were close friends. Conjecture is Pohlad would have received up to $250 million for folding up his franchise. He had purchased the team in 1984 for a reported $34 to $36 million. Pohlad liked making money and contraction looked like a profitable escape route.

Pohlad and his brain trust were frustrated in 2001 after years of failed efforts to earn support for a new ballpark to replace the outdated Metrodome. Opposition to public funding was intense. Phone lines to the state capitol once shut down because of so many calls coming into legislators from stadium opponents.

A source close to the Twins franchise back then remembers the stadium squabble that went on for years. “The organization had been trying for a decade or so to get a new ballpark. It just wasn’t getting any traction,” he told Sports Headliners.

In 1997 Pohlad threatened to sell the team, with the new owner relocating the franchise to North Carolina. To this day the threat is regarded as contrived and a strategy to get the Twins out of the Metrodome and into a new stadium. “…All of the information that came out afterwards, there wasn’t a lot of substance to the threat to move,” the source said.

The Twins won the 1991 World Series and had drawn almost 2.5 million fans in 1992. The club went into decline starting with the 1993 season and played losing baseball through 2000, with the Twins struggling to draw over 1 million fans that year.

Still, the Twins had shown improvement on the field in the first half of 2001 and looked like a team trending upward after finishing 85-77. That improvement was part of the reason those passionate about the team were stunned in the fall of 2001 when contraction was near reality.

“It was really traumatic,” the source said. “First of all, it was our livelihood, but even more so…this was an institution. This was the Minnesota Twins. This wasn’t some corner pizza shop. People over the five-state region followed the Minnesota Twins and grew up with the team. (They) created many special memories. You felt that. You knew what it meant if this were to go away.”

Opponents of MLB contraction included the players’ union and the Metropolitan Sports Facilities Commission whose leaders filed a lawsuit in Hennepin County asking that the Twins fulfill their Metrodome lease. Judge Harry Crump ruled the Twins had to honor their lease and play the 2002 season in the dome. Selig, Pohlad and others had to backtrack on contraction.

The 2002 Twins won the American League Central Division and saw home attendance total nearly 2 million customers, the best year at the gate since 1993. In 2010 the club moved into outdoor Target Field, funded by Hennepin County and the Twins.

The men’s basketball Golden Gophers aren’t in the NCAA Tournament, and neither are coach Ben Johnson’s three most recent predecessors. Dan Monson’s Long Beach State team is in the NIT, Tubby Smith is retiring after his High Point Panthers went 14-18 and Richard Pitino also had a losing season, 13-19, at New Mexico.

Colorado State coach Niko Medved, a student manager under Clem Haskins in the 1990s, has his Rams in the tournament with an opening game Thursday against Michigan. Minneapolis native David Roddy, the Mountain West Player of the Year, is the Rams’ best player. 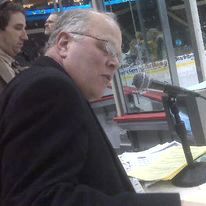 Good guy Dave Wright, a familiar public address voice at Twin Cities hockey and basketball games for decades, started doing P.A. work in high school. This is year 53 for him, with commitments next week to work seven games at the boys’ basketball tournament. “It is still a big thrill,” Wright said via email. “I am always nervous 5-10 minutes before the first game. Once we start, however, the adrenalin starts to flow; you kick into automatic pilot and just do it.”

Timberwolves minority owners Marc Lore and Alex Rodriguez are investing in a new company that will allow fans to wager on athletes like football players based on their on-field performance. Mojo will launch an app that could be out by year’s end, per Front Office Sports.

If Minneapolis media legend Sid Hartman was still alive, he would be 102 today.

The Twin Cities Dunkers, the sports-focused group Hartman helped lead for decades, is moving its meetings from the Minneapolis Club to Interlachen Country Club.

College football players, with 50.6 percent, have earned the most compensation from Name, Image and Likeness since the July 2021 startup, according to Opendorse and Axios Sports. Next in NIL money are women’s basketball players at 18.5 percent, with male counterparts third at 15 percent.