Potts had been averaging over 20 carries per game until he had to leave the October 2 game at Purdue with an undisclosed medical problem that led to several days of hospitalization. Asked whether there will be a primary replacement for Potts in the upcoming game, Fleck said the situation is “going to be a little more by committee.”

“Bucky” Irving has been receiving the most carries behind Potts. The true freshman has played in four games for the 3-2 Gophers, rushing 25 times for 117 yards while showing elusiveness.

Thomas has played in one game, rushing seven times for 65 yards. Wiley has appeared in two games with six attempts and six yards. Williams has also played minimally this year but is by far the most experienced of the running backs, with the 2018 season his most active when he rushed 117 times for 502 yards.

Darrell Thompson is Minnesota’s all-time career rushing leader in yards and touchdowns. He said the Gophers still have “really good running backs” but he isn’t minimizing the blow of not having Potts for the last seven games of the regular season. “It’s a big loss,” Thompson told Sports Headliners. “He’s a tremendous running back.”

Thompson has watched enough of newcomer Irving to see things he likes. “I think No. 1 (is) his balance. He doesn’t go down easy which is the No. 1 thing that I look for in a running back,” Thompson said. “He gets yards after contact. I like to watch him run, I think he has good vision as well.”

What about Thomas? “I think Ky is talented,” Thompson said. “He’s got really good vision. I just haven’t seen enough (to say more).”

Wiley has looked unsure at running back and returning kickoffs during his Minnesota career. “I just think he’s gotta get more confidence, and some opportunity, and maybe just more time,” Thompson said. “He just needs to be decisive. He needs to do it (not over think his runs).”

At 6-2, 210, Wiley’s athleticism and potential has been compared to former Gopher All-American Laurence Maroney, perhaps the best breakaway runner in Minnesota history. “He might have Maroney acceleration,” Thompson said. “Other than that, I don’t know.”

Williams is remembered for scoring two touchdowns in Minnesota’s 2018 win over Wisconsin, the program’s first victory in Madison since 1994. “He’s decisive,” Thompson said. “He’s going to get what the play is blocked for. He’s a very good running back.”

It’s been an unlucky season at the running back position for Minnesota. All-American Mo Ibrahim won’t play again in 2021 after a lower leg injury following the opening game. “He’s a hell of a running back,” Thompson said.

Minnesota defeated Purdue 20-13 with Potts playing most of the game. The conservative Minnesota offense is built around the running game. Can the Gophers have continued success with the running back roster that remains? “I think there’s enough there,” Thompson said.

Fleck has a running back group that he has seen a lot more of in practices than games. “That’s what we’re all going to find out. …I want to see how they perform in the game situation as well.”

Developing national news: Michael Hsu, the former University of Minnesota regent, is a volunteer and board member of the new College Basketball Players Association.  He said paper work for the nonprofit is being filed in California this week. The organization will be similar to the College Football Players Association that launched last summer as a national advocacy entity.  Hsu is also a board member of the CFBPA.

Fleck said star wide receiver Chris Autman-Bell, who has played minimally this season because of an ankle injury, will be available for Saturday’s game. So, too, will promising redshirt sophomore wide receiver Dylan Wright who missed the Purdue game because of a friend’s death.

Thompson, 53, enjoyed the first tailgate experience of his life last Saturday in Mankato where he watched the home town MSU Mavericks (son True is a wide receiver) play Wayne State in a Division II game. “Very nice,” Thompson texted about the tailgating experience that included his home-made chili. The tailgate opportunity came up because the Gophers had a bye, creating an opportunity for Thompson not to be in the radio booth for Minnesota football broadcasts.

Official box scores have reported attendance of over 66,000 for Vikings games at U.S. Bank Stadium this season but the actual scanned tickets total is thousands under that figure. An indication of fan interest in the team is the secondary ticket market has been soft for Vikings home games.

The struggling Vikings, 2-3 and coming off a last minute win over the lowly Detroit Lions, have attractive opponents remaining on the home schedule. Mike Nowakowski from Ticket King said the Green Bay Packers game is at about $200 minimum to get in the stadium, with the Pittsburgh Steelers ($120), Dallas Cowboys and Los Angeles Rams in demand, too.

Wishful thinking? The Vikings started 2-3 in 2008 before going on to a 10-6 final regular season record and NFC North Division championship.

The Vikings have scored a combined total of 26 points in their last two games and kicker Greg Joseph has produced 14 of the points on two extra points and four field goals.

The Minnesota Wild had a team retreat in Duluth early this week and today practices in the city’s hockey facility, Amsoil Arena. The club’s regular season opener is Friday night in Anaheim (Minnesota was 7-1-0 last season against the Ducks).

With a lot of new players, the retreat is a successful bonding experience for the Wild. Activities included sitting around a campfire and talking. The NHL team has used Duluth and Colorado Springs for past preseason retreats. 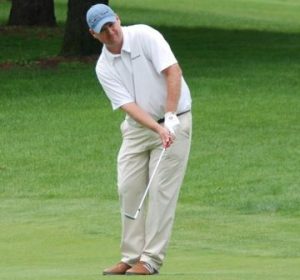 Congratulations to Minikahda Club pro Jeff Sorenson for winning the Minnesota PGA Player of the Year Award. He now has an invite to the 2022 3M Open.