The Minnesota Twins finished last season with a disappointing record of 78-84 after playing in the postseason in 2017. During the past offseason, front office decision makers Derek Falvey and Thad Levine reshaped the club’s roster, and shook up the managerial and coaching leadership.

The performance so far of the hometown team has been stunning.

The Twins have key personnel who were on the roster last season, but three quarters of the usual infield lineup and multiple pitchers, particularly in the bullpen, are newcomers. Collectively, along with manager Rocco Baldelli and his staff, they have made the Twins’ performance one of the success stories in big league baseball this spring. As of this morning the Twins had compiled the second best record in MLB at 30-15 and a .667 winning percentage, just behind the 31-15 Astros.

Minnesota is 5.5 games ahead of second place Cleveland in the Central Division. The Twins have been in first place since April 21. In March-April their record was 17-10 versus 9-15 in 2018. So far in May the Twins are 13-5 (compared with 13-15 for that entire month a year ago), and the club is on a five-game winning streak including an 18-4 win over the Mariners last night in Seattle when Minnesota led 10-0 after three innings behind five home runs.

Consistency? The team is 15-8 at home and 15-7 on the road. The Twins have a winning record against opponents from the AL Central, East and West divisions.

Before the season started there were plenty of predictors who thought the Twins were a division contender, with the most optimistic hinting Minnesota might play something like 18 games over .500 and finish with a 90-72 record. However, that was an extreme outlook, and now the team is already 15 games over .500 with slightly more than 25 percent of the schedule having been played.

No one should crown the Twins the best club in the majors yet, but this does look like a coming out party where Minnesota just might be among baseball’s royalty by season’s end. Everyone likes what they have seen including Levine, the club’s impressive and intellectual general manager. He admits to the team exceeding expectations.

“I think when you look at the record we have, it’s hard not to say that this is a little bit further along than what we expected,” Levine told Sports Headliners Wednesday. “But when you look at the performance of the team, I think there is another level this team can reach. So in saying that, I don’t think this is necessarily that far exceeding expectations.

“I think (before the season) we thought very highly of this group of individuals and certainly what they could do collectively. I think the best baseball this team has is ahead of them, not behind them. … I think the future is very bright for the Minnesota Twins.”

Levine clearly likes the potential of his team, but dreams can get derailed by injuries and last week the Twins put two of their more productive offensive players on the 10-day disabled list. Catcher Mitch Garver is off to the best start of his MLB career with nine home runs but now is on the DL. DH Nelson Cruz, who joined the Twins last offseason, went on the DL having hit more home runs than anyone in the big leagues since 2014. His bat and leadership have helped fuel a long ball trend that seems likely to result in a franchise season record of more than 225 home runs this season. 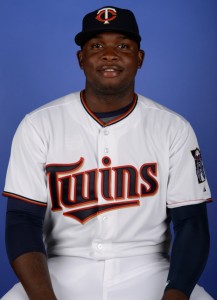 The Twins are also counting on their stingy pitching—four starters have won four games or more and five core relievers have ERA’s at 2.00 or less— and depth of positional players to keep them winning. Miguel Sano, as recently as two years ago viewed as the slugging centerpiece of the team, just rejoined the Twins after missing the first 40 games. Sano can play third base, first base and DH. He is part of a versatile and mostly under age 30 roster that includes players who can man multiple infield and outfield positions. They have performed well at bat and also with team defense. The club’s fielding percentage is among the better ones in baseball at .985.

It looks like Vikings first round draft choice Garrett Bradbury will take over as the team’s starting center. Pat Elflein will move to guard. “He (Elflein) is a much better guard than center,” former Viking Pete Bercich told the CORES lunch group earlier this month.

Bercich, a radio gameday analyst for the Vikings, also said veteran tight end Kyle Rudolph is “not a very good blocker.” Rudolph could see his starting position go to rookie Irv Smith Jr. if he is traded or cut from the roster because of salary cap challenges.

Bercich played at Notre Dame for legendary (and flamboyant) coach Lou Holtz. Bercich said Holtz needed a strawberry shake at halftime of Notre Dame games “so he could get his sugar.”

Word is when Holtz coached the Golden Gophers he also ordered milkshakes during games.

CORES emcee and well-known public address announcer Dick Jonckowski ordered the printing of another 500 copies of his 2018 book It’s All About Me, Dick Jonckowski: A Minnesota Treasure.

Former Gophers football coach Jerry Kill, now athletic director at Southern Illinois, has landed the largest corporate naming rights agreement in school history. The 10-year deal will offer up to $10 million in the renaming of SIU Arena to the Banterra Center (Banterra Bank).

The Golden Gophers softball team can win the Minneapolis Regional today and continue to impress in the NCAA Tournament. So far this weekend Amber Fiser has pitched 15 innings, allowing five hits and one earned run, while striking out 20 and walking three batters.

WCCO Radio Sports Huddle co-host Dave Mona, along with his wife Linda Mona, are promoting their 10th and final Camden’s Concert. Popular country western singer and song writer Suzy Bogguss will entertain. Tickets are on sale now for the July 16th event at the Hopkins Center for the Arts. More at Hopkinsartscenter.com. Money raised from the concert helps research to find a cure for Cystic Fibrosis.

The annual Karl-Anthony Towns ProCamp will be July 18 and 19 at Providence Academy in Plymouth. The camp is open to boys and girls of all skill levels in grades 1-12. Participants will learn fundamentals and interact with the Minnesota Timberwolves star center, according to a team news release.

Former Gophers golfer and New York Times best selling author Harvey Mackay quotes this Arabic proverb in his syndicated newspaper column last week: “Write the wrongs that are done to you in sand, but write the good things that happen to you on a piece of marble. Let go of all emotions such as resentment and retaliation, which diminish you, and hold onto the emotions, such as gratitude and joy, which increase you.”