Welcome to a Sunday notes column:

Because of the pandemic and disruption of schedules, MLB, the NHL and NBA hold player drafts this month. It’s unprecedented for fans of the Twins, Wild and Timberwolves to be following all three drafts in July.

The 2021 MLB First-Year Player Draft starts today in Denver and continues through Tuesday. The Twins have the No. 26 selection in the first round and may take a college pitcher. This is the first time the MLB Draft has been part of events built around the All-Star Game (Tuesday night).

The Twins, with a 38-50 record, may earn a .500 record by season’s end. Regardless, they won’t finish with MLB’s worst record in 2021 and thereby qualify for the first pick in the 2022 draft. Twins draftniks have joked about a “tank for Elijah” campaign, referring to super prospect outfielder Elijah Green who is a favorite to go No. 1 in 2022.

The NHL Draft will be July 23-24 at the NHL Network Studio in Secaucus, New Jersey. The Wild draft position is late in the first round but Minnesota does have two picks at No. 21 and 25. The organization needs scoring and playmaking including at center, with that priority likely addressed on July 23.

The Wild will also target the center position in the offseason by looking for a veteran center. Buffalo Sabre Jack Eichel could be on the shopping list. 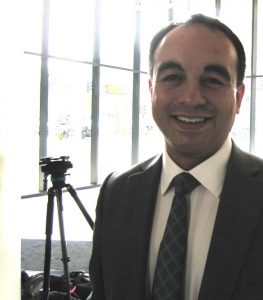 The NBA Draft will be July 29 in New York and the Timberwolves don’t have a selection in either of the league’s two rounds. Put the odds, though, at 50-50 this will change between now and July 29, with basketball boss Gersson Rosas making a trade with another club for a choice or two in the draft.

The Golden State Warriors have the Wolves first round pick because of the 2020 trade that sent Andrew Wiggins to California and brought D’Angelo Russell to Minneapolis. Wiggins exceeded expectations for the Warriors last season, while an injured Russell missed 26 games because of knee surgery. The defensive limitations of Russell, the performance of Wiggins at both ends of the court in 2021, and having the Wolves’ No. 7 first round draft spot, prompted this opinion last month from NBCsports.com about Golden State executive Bob Myers:

“Myers robbed Gersson Rosas blind and simply left Russell in his office with a thank you card attached.”

Former Gophers star Max Meyer, now in the Miami Marlins organization, is scheduled to pitch in today’s Futures All-Star game in Denver. Meyer is among minor league baseball’s most promising prospects. Josh Winder, a right-hander like Meyer, will represent the Twins via the St. Paul Saints. Winder is 4-0 with a 2.17 ERA in two minor league stops this year.

Before the trade deadline it wouldn’t be surprising to see the Twins move shortstop Andrelton Simmons to the Cincinnati Reds for prospects. The Reds are trying to win the NL Central and have a need at short. The Twins could call up MLB veteran JT Riddle from the St. Paul Saints and finish the season with him. Top prospect Royce Lewis is likely to be Minnesota’s long-term answer at shortstop.

The Twins rotate analysts on TV telecasts but no one compares with 82-year-old Jim Kaat who in recent weeks has been working the booth with play-by-play man Dick Bremer. Listening to Kaat’s insights and storytelling can be better than the game. Within moments his infallible baseball mind might be recalling the first game he ever saw (1946 Briggs Stadium, Tigers and Red Sox), and then advising Twins hitters to focus less on launch angles and more on “situational hitting.”

Word is now retired Mikko Koivu could become a coach with the Finnish national team, and an ambassador for the Minnesota Wild.

It’s been more than two months since Dave Lee signed off as host of WCCO Radio’s early morning show, with no replacement announced yet. Did a broadcaster from public radio turn down the job? The station should promote news reporter Adam Carter to fill the vacancy. The nephew of former Gophers football captain Jim Carter, Adam is smart, articulate, interesting and personable.

Former Viking Matt Birk will be master of ceremonies of the Taste Fore The Tour fundraiser at Interlachen Country Club July 19. The celebrity attended event and related activities raise funds for Volunteers Enlisted to Help People, the large Twin Cities food panty. A Taste Fore The Tour celebrity recipe collection booklet features 25 recipes, including from Birk, Lou Nanne, Mark Parrish and top local chefs. Each booklet costs $30 and is enough for VEAP to feed one person for a month. More at TasteForeTheTour.com, or HungerRelatedEvents.org. 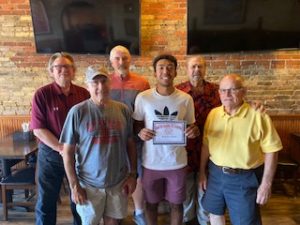