Coming out of the bye-week, the question in Viking-crazed Minnesota is whether the Purple can sustain their hot start to the season. 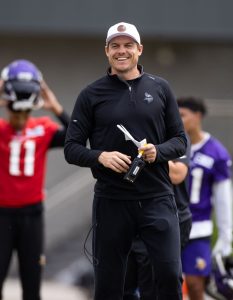 The Vikings, 5-1, are likely to continue playing winning football but with 11 games remaining on the schedule it might not be realistic to expect they will dodge key injuries so successfully while seeing their opponents troubled by them. Maybe Kevin O’Connell, who has made impressive adjustments to the offense, called winning plays and hired a solid staff of assistants, has brought along not only coaching skills but also the luck of the Irish.

Safety Harrison Smith is the only starter to miss a game so far. Outside linebacker D.J. Wonnum, a sack specialist and key reserve, missed a game because of illness. Weekly looks at Minnesota’s list of injured or ill players has frequently been minimal compared with other NFL clubs.  Minnesota’s practice report on players whose game status was in question, or ruled out, has typically listed six or so names.

Smith missed the Lions game September 25 but returned the next Sunday for the London match up with the Saints. Wonnum didn’t play against the Dolphins October 16. Star running back Dalvin Cook, who injured his shoulder in the Lions game, was in doubt for London but did start and play in the October 2 international game.

Not so fortunate in England were the Saints who were missing starting quarterback Jameis Winston and former All-Pro RB Alvin Kamara. In the Vikings’ last game before the bye, October 16 in Miami, they played a Dolphins team without its starting quarterback, Tua Tagovailoa. Then early in the game backup QB Skylar Thompson was sidelined with an injury. Tyreek Hill, on the short list of the NFL’s best wide receivers, played for Miami despite an injured foot.

Minnesota’s good fortune goes back to the September 9 opener against the Packers who went through a troubled offseason and training camp trying to figure out their receivers corps. Veteran Allen Lazard, a QB Aaron Rodgers favorite, seemed the best of the group after star WR Davante Adams left for free agency and a spot with the Raiders during the offseason, but Lazard was injured and couldn’t play in Minneapolis. Injured David Bakhtiari, among the best offensive tackles in the pros, was also unavailable to Green Bay.

Judging by results so far, the Viking strength and conditioning department, led by Josh Hingst in his second year with Minnesota, is doing its job. The Vikings have played like a team not only able to avoid injuries but respond effectively to the few they have had. They also have shown wherewithal in the fourth quarter, not playing like a team that was fatigued or beaten down.

Give the Vikings credit for their health and taking advantage of their opportunities, including opponents’ injuries and making big plays in the second half, but there’s nothing wrong with having good fortune, too.

Best guess is coveted wide receiver Odell Beckham Jr. soon signs with one of the two best NFL teams, the Bills or Chiefs. A wildcard landing spot is the Vikings because of his previous relationship with O’Connell when both were with the Rams.

BTW, it probably can’t be helping the defending Super Bowl champion Rams, with a 3-3 record, that the coaching staff is without O’Connell, Wes Phillips and Chris O’Hara. When O’Connell took the head coaching job in Minnesota last winter, he made Phillips his offensive coordinator and O’Hara his quarterback coach.

Did you know the Vikings’ most elite offensive playmaker, WR Justin Jefferson, is 23 years old, while the Gophers’ best, RB Mo Ibrahim, is 24?

From a personnel perspective beyond this season, the best thing about the Gophers’ program is the promising future of redshirt freshman quarterback Athan Kaliakmanis. He was poised in his first college start last Saturday evening in the crazed-white out atmosphere at Penn State and showed both his running and passing skills that include a strong arm.

It’s a possibility Minnesota, with Kaliakmanis, could have the Big Ten West Division’s most talented quarterback next season. Look for Kaliakmanis to start Saturday’s home game against Rutgers if senior Tanner Morgan is still injured and unable to play.

Yesterday head coach P.J. Fleck wasn’t sure who his starter will be.  He also said it’s uncertain if reserve quarterback Cole Kramer’s injury will allow him to be on the field.  Kramer played on two downs in the wildcat formation against Penn State, but he didn’t touch the ball because direct snaps went to Ibrahim.

The latest rankings of all 131 FBS football teams by Chris Vannini of the The Athletic has Minnesota No. 42. Rutgers is No 93, with the other remaining teams on the Minnesota schedule ranked as follows: Iowa No.61  Nebraska No. 92, Northwestern No. 119  and Wisconsin No. 47.

Morgan, the winningest quarterback in Gophers’ football history, will be remembered for more than his success on the field. His leadership with teammates and caring about the community are exemplary.

This fall Morgan, who lost his father to cancer last year, has a new partnership with the Mendota Heights-based Angel Foundation and its Kapps for Cancer initiative to raise funds.  A variety of baseball and stocking caps are being sold. http://kappscustoms.com

The timing of Gopher volleyball coach Hugh McCutcheon’s announcement to retire at season’s end is stunning and without explanation yet. Gophers’ athletic director Mark Coyle said at a news conference earlier this year he worries about the extraordinary time all of his coaches must devote to recruiting in today’s competitive environment.

Bob Motzko’s No. 1 ranked hockey Gophers have a roster that continues the program’s tradition of using talent from the state. Twenty of the 26 players on the roster were born and raised in Minnesota, with 16 of them from within 40 miles of campus.

The Wild will host a free, open-to-the-public outdoor practice starting at 10 a.m. November 5 at St. Louis Park’s Recreation Outdoor Center, 3700 Monterey Drive. There will be fan giveaways and activities.

Former Gophers’ All-American basketball player Quincy Lewis, who was M Club director for about four years until October 14, is now director of alumni relations for the Utah Jazz, the NBA club he once played for.

Sports Illustrated’s pro and college basketball issue predicts the Wolves’ Anthony Edwards could be the NBA’s most improved player. “Now with even more talent around him, Edwards is looking at a third-year jump that could put him into the league’s elite,” the magazine said.

The Wolves are projected to finish second to the Nuggets in the Northwest Division and qualify for the eighth spot in the Western Conference playoffs. The magazine’s highest ranked Big Ten men’s team is Illinois at No. 15, with two other conference programs in the top 25, No. 20 Indiana and No. 24 Michigan. 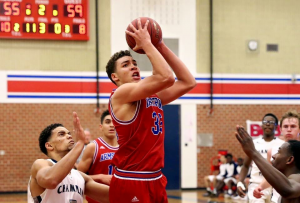 Race Thompson, the Indiana senior forward from Armstrong and son of Minnesota football great Darrell Thompson, is profiting from NIL deals including a recently announced ambassador role with Merchants Bank. 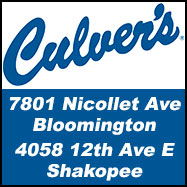