Minnesota signed the then 16-year-old Venezuela native as an undrafted free agent in November of 2013. Whether in the minors or the bigs, Arraez has hit over .300 every year except last when his average was still an impressive .294. “He’s never not hit,” said Falvey who joined the Twins in the fall of 2016.

Arraez is second among all MLB hitters behind Paul Goldschmidt’s .347 average. Arraez also leads the AL in on-base-percentage at .427. He is a career .320 hitter during four seasons with the Twins. His rookie average of .334 in 2019 is the best in club history for a first-year player. Rod Carew, the Twins’ legend and Cooperstown Hall of Famer, had a career mark of .328 over 19 seasons, including 12 in Minnesota. 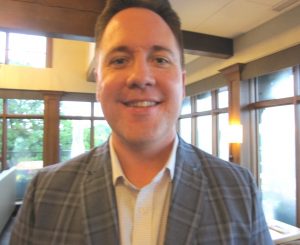 “I am not that surprised at how well he hits,” Falvey told Sports Headliners while talking about Arraez. “When I first got to see him, when I first got to this organization, he had just recovered from a knee injury and he was in A-Ball. …I watched him hit in BP (batting practice), and then I watched him in a game. He knew the strike zone better than most big league hitters then. He just had a really good feel for what was a ball, what was a strike, and how to kind of get the bat to the ball. …”

The left-handed 25-year-old is hitting .383 against right-handed pitching. His average versus lefties is .212 . In the past that discrepancy sometimes caused manager Rocco Baldelli to bench Arraez against left handers.

Arraez has played in 65 of the Twins’ 75 games and has 232 at-bats. For awhile this spring there was concern he could finish the season with the American League’s best batting average but without the necessary 502 at-bats to be awarded the title. But Baldelli has made Arraez pretty much an everyday player since early May.

Falvey believes Arraez can win a batting championship, if not this season then down the road. “I certainly hope so. You keep your fingers crossed you get your players on the field as much as possible from a health standpoint.

“As long as he continues to play the way he is playing there is no doubt (he is going to be on the field). We viewed Luie as an everyday player right from the outset of the season, even if the position wasn’t locked in as much.”

A second baseman when he joined the Twins, Arraez has unexpectedly returned to that position this month with Jorge Polanco unable to play for awhile because of lower back tightness. Arraez has played 29 games at first, 24 at second and five at third base.

Arraez has infrequently been the team’s DH this season and in the past the Twins have also played him in left field. With regular first baseman Miguel Sano out for most of the season so far with a knee injury, Arraez may have locked up that position for this year and beyond.

Falvey believes Arraez is most comfortable in the infield. Arraez’s versatility in the field fits in with the trend in baseball to have players who can play multiple positions. “I think the more flexible your roster is the better off you are,” Falvey said.

Unlike most of his peers, Arraez isn’t focused on hitting home runs. He has 10 in his career including a first grand slam this spring. His 20 whiffs at the plate in 2022 are impressive and his ability to make contact with the ball can especially be a welcome contribution on nights the Twins are struggling for base runners.

Carew, a native of Panama, was a left-handed hitter with superb bat control and difficult to strike out. He won seven American League batting titles. Don’t bet against Arraez winning a few also.

Arraez’s batting stance and style of hitting, including line drives to all fields, is reminiscent of Carew who started his MLB career as a second baseman and transitioned to first base. The legendary Carew was selected 18 times for the All-Star game. Arraez should receive his first All-Star invite next month.

The two Latin American natives have multiple similarities but Arraez doesn’t have to be the next Carew. His plate production and versatility in the field make him plenty valuable just being who he is.