Lou Nanne, the former Gopher All-American defenseman who spent part or all of four decades in the NHL as a player, GM and president with the Minnesota North Stars, believes third-year coach Bruce Boudreau will return next season with the Minnesota Wild despite missing the playoffs.

The Wild’s season ended last night and the club won’t be in the playoffs for the first time in six years. While the result is no surprise because of the team’s inconsistency, not making the postseason can be characterized as a major disappointment for a restless fan base that entered the fall of 2018 tired of seeing Minnesota make early exits from the playoffs.

Injuries and lack of goal scoring get the blame for the Wild’s lackluster season. Back in February team owner Craig Leipold told Sports Headliners he regarded Boudreau as a top five coach in the NHL, and that even if his team didn’t make the playoffs his coach will be retained for next season. 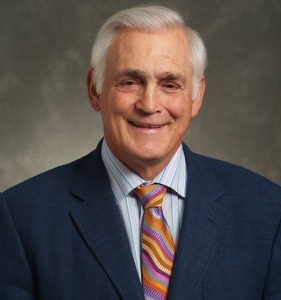 While Nanne is no longer an NHL executive, he is still a devoted follower of the league, and he agrees with Leipold’s assessment of Boudreau being one of pro hockey’s top coaches. “He will be back,” Nanne said about Boudreau remaining the Wild’s coach. “He is an excellent coach. He’s done a great job since he’s been here.”

Boudreau had previous NHL coaching jobs with the Washington Caps and Anaheim Ducks. He reached 400 wins faster than any NHL coach in history, and his teams won eight division titles, but his clubs also struggled in the postseason. Winning has been more difficult in Minnesota than in his previous coaching assignments, but Nanne knows there are limitations as to how much a coach can do.

“Well, he gets the guys to play hard and he gets the most out of the people he’s got,” Nanne said. “He’s been able to be very successful. This is the first time that he’s missed the playoffs in a very, very long time with a lot of different teams. He’s done it with all different kinds of guys. You gotta give him a lot of credit, for no matter what type of lineup they give him, he gets them to produce.”

A pro scout speaking anonymously told Sports Headliners that Texas Tech’s Jarrett Culver, who projects as a shooting guard in the NBA, is the only player in the Minneapolis Final Four likely to be a first round draft choice.

The scout refers to Monday night’s national championship matchup between Texas Tech and Virginia as a “pick’em game.” Both are ball control teams that excel on defense, with 60 points possibly enough to win the game.

Former Golden Gophers coach Bill Fitch, who left Minnesota after the 1970 season for the NBA, will be inducted later this year into the Naismith Memorial Basketball Hall of Fame. An announcement was made yesterday that Fitch will be among the inductees after a career as one of the winningest NBA coaches in league history with 944 victories.

Look for former Timberwolves player and executive Fred Hoiberg, now the new head coach at Nebraska, to make the state of Minnesota a prime recruiting target. Hoiberg’s name is respected by the state’s basketball fans and coaches. When he was head coach at Iowa State his recruits included former Hopkins all-stater Royce White who transferred from the Gophers.

Vikings general manager Rick Spielman said on KFAN Radio Friday morning he doesn’t plan to take a day off until June because everyone at franchise headquarters in Eagan is so focused on improving after last season’s disappointing results.

MLB just can’t get it right on the Designated Hitter rule, with the American League using the DH since 1973 and the National League still unwilling to adopt it. The absence of uniformity for MLB on the highest level of baseball in the world is embarrassing.

Twins broadcaster Dick Bremer has a good suggestion advocating American League teams not use the DH in home games against National League clubs, and vice versa. That’s the opposite of how things are now, and such a switch would allow fans to see a style and strategy they otherwise don’t.

Incidentally, Ron Blomberg of the Yankees became the first AL player to appear at the plate as a DH. It happened 46 years ago yesterday, according to History.com.

Boys’ volleyball wasn’t approved as a Minnesota State High School League sport for the next school year and will remain in club status. Approval may come in the near future.

Stillwater-based Creative Charters already has 100 reservations for a fan trip to the Minnesota-Fresno State football game in Fresno on September 7.