The Timberwolves could not only make the playoffs with more than 45 regular season wins, but be a spoiler in the postseason. That’s the view of a former NBA scout who still follows the Wolves and other teams in the league.

Minnesota figures to be a lower seed but could win its opening series. “I don’t think there are a lot of teams that want to see them in the playoffs,” the authority said while speaking anonymously.

With a 37-29 record, the Wolves have 16 games remaining in the regular season before the schedule ends April 10. The team is 8-2 in its last 10 games and making a bid for the playoffs for the first time since 2018. Minnesota is a vastly improved team over last season when the record was 23-49.

The ex-scout believes the unpredictable but gifted D’Angelo Russell is the key to how successful the Wolves will play this spring. “When (Russell is) under control and playing steady…they’re tough to beat,” he said.

The Wolves’ point guard excels at playmaking, but he can be too prone to poor decisions and turnovers. His skillset tempts him to be too creative.

Center Karl-Anthony Towns and shooting guard Anthony Edwards are the other two players who make up the team’s big three. Towns is “out of his funk” and playing at a high level, while Edwards can some day be a top 10 NBA talent, per the source.

He raved about coach Chris Finch, who took over the team in February of 2021, and has the Wolves playing some of their best basketball in the new millennium. “He’s a communicator,” the authority said while talking about how Finch has the players understanding what is expected of them.

Neither Russell nor Edwards played last night but the Wolves still crushed the Trail Blazers at Target Center, 124-81. Towns, coming off his Western Conference Player of the Week honor, had 27 points and 13 rebounds. As of yesterday morning he was the only player in the NBA averaging 20-plus points per game, shooting 50% or better on field goal attempts and 40% or better from three point range.

The crowd of 16,035 continued the trend of large and noisy fan turnouts. Finch described the new atmosphere at Target Center as “awesome” and said his team can continue to connect with fans by playing at a high level.

“…I think it’s a team that a lot of people like to watch play,” Finch said after the game. “We play hard, we share the ball. It’s pretty exciting. Even our mistakes are interesting. It feels like we got something growing here, and we’ve just got to keep building on it. It’s our responsibility to keep giving ‘em performances that they can cheer on.”

With the Wild losing eight of its last 10 games, the local NHL club is prompting speculation it could be among the most likely franchises to make a trade prior to the league trade deadline of March 21.

Doug Risebrough, the Wild’s former GM, is a consultant for the Rangers team that plays Minnesota tonight at Xcel Energy Center.

Anonymous hockey authority talking about the Big Ten champion Gophers who start postseason play Saturday at home against Penn State: “They have a legitimate chance to win it all (NCAA title). They have that kind of depth.”

Two spring practices open to the public to watch the football Gophers will be at 4 p.m. April 5 and 11 a.m. April 16. Admission is free, with locations announced soon.

The annual spring game is scheduled for 1 p.m. April 30 at Huntington Bank Stadium.

An outcome of spring practice that could be telling for the fall is the physical condition of running backs Mo Ibrahim, Trey Potts and Bryce Williams. All had their 2021 playing time severely reduced by injuries.

Ibrahim, a 2021 preseason All-American candidate and recovering from Achilles surgery, will receive extra focus from fans even though he isn’t expected to participate in scrimmages. It could be that his quickness and speed is compromised. “Even if he’s 90 percent of what he was, that’s still a pretty good college running back,” said Minnesota authority Ryan Burns from Gopher Illustrated.

It might be that the now Division I St. Thomas athletics program, in need of upgraded athletic facilities including its own hockey arena, will turn to the former Ford plant area in St. Paul’s Highland Park neighborhood. Land acquisition and development, arena construction and other facilities could come with a $100 million cost, per a source. Remember, though, the school’s roster of benefactors is deep and wealthy.

Alabama coach Nick Saban, perhaps the GOAT, has been added to the list of speakers for the Minnesota Football Coaches Association’s Clinic. Saban will speak to attendees via Zoom starting at 1 p.m. April 1. In-person speakers will include Gopher coach P.J. Fleck. Link 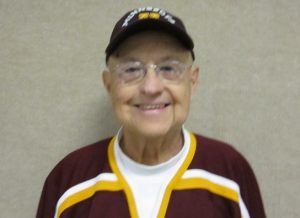 Barry, BTW, is one of the most under appreciated superstars in NBA history. He would fit seamlessly into today’s game, including blowing a fuse in the scoreboard with three-point conversions.

Jonckowski will be doing public address duties again for both the girls’ and boys’ basketball state tournaments in March. This year will be a return to years ago when all the boys’ games are played at Williams Arena. “I am glad I get to work in Williams Arena. That’s good,” Jonckowski said.

Tom Hoge from Fargo, who has three top 10 finishes on this season’s PGA Tour and has won about $3.2 million, is a name to watch at The Players Championship this week and the Masters next month. He is expected to be a headliner at this summer’s 3M Open in Blaine.

Front Office sports reported yesterday because of the delay in spring training baseball, communities in Arizona and Florida are missing out on about $1.3 billion in economic activity.

Very sorry to learn Mark Davy passed away recently. A superb fundraiser, Davy’s varied career included assistant athletic director at the University of Minnesota and director of the M Club. He had a close relationship with the late Pinky McNamara, the former Gopher football player who is among the University’s most generous donors ever.

Sean Sittnick and Yunus Masood are the latest guests on the “Behind the Game” program seen on local cable markets and YouTube. Sittnick is a Minnesota United soccer executive, while Masood is a cricket advocate who wants to see the sport grow on all levels in Minnesota. The show is co-hosted by Agile Marketing owner Patrick Klinger and USHL commissioner Bill Robertson. Link