Vikes Look ‘Cooked’ with No Dalvin

The Vikings, 10-5, play their final regular season game today in Minneapolis against the Bears, and then start preparations for next weekend’s opening playoff game. The Vikings, a No. 6 seed in the NFC, are unlikely to win in the postseason without running back Dalvin Cook, whose shoulder injury sidelined him in the December 23 loss to the Packers and will keep him off the field today.

Cook, the 24-year-old third season playmaker extraordinaire, has produced a breakout performance in 2019, and the guess is he will be available next weekend. He is clearly the offense’s most indispensable player with his ability to gain difficult yards with minimal blocking, and also outrun tacklers. With 1,135 rushing yards and 13 touchdowns (no other Viking is even in double digits), he is among the NFL’s leading runners.

Injuries sidelined Cook for 17 games the past two seasons but the team’s coaches knew what a special playmaker they had in the former second round draft choice (he excels as a wide receiver, too). That’s why after seeing the limitations of quarterback Kirk Cousins in 2018, the offense was refocused to emphasize the running game. Using zone blocking with a run game featuring Cook, the Vikings have improved their offense and at times Cousins has flourished.

But against the Packers, without Cook, the offense was a dud, producing only seven first downs. The Packers kept their defensive ends “home” and discouraged the rollouts and bootlegs that have worked well for the passing game this fall. The offensive line, including the left side with tackle Riley Reiff and guard Pat Elflein, had a long night in the 23-10 loss.

Schemes are one thing but they are a lot more successful with playmakers, and Cook is one of the NFL’s best. Football is the ultimate team game but Cook is so fast, strong, and elusive he can make plays on his own.

“The clock in your head is saying this play might be over, but it probably isn’t,” offensive coordinator Kevin Stefanski said in a December 2 Sports Illustrated story. “Go to the next level, get that last shove in there and give this kid a crease, because you just never know with him.”

At times Cousins looked anxious without Cook and a successful running game in the Packer loss. The quarterback has a history of not being able to carry a team late in the season. The offensive line, while improved over its most recent predecessors, is no award winner. Star wide receiver Adam Thielen, who missed multiple games with a hamstring problem, is trying to find his way back into production. The Vikings have offensive issues as they near the playoffs. They can’t afford to be without their Cook.

T-shirt seen at a local health club last week predicted the Packers are going to the next Super Bowl and showed the Lombardi Trophy. The front of the shirt also said the Vikings are bowl bound, with a toilet illustration.

The 2010 Packers were a No. 6 seed, won all their playoff road games and emerged as 2011 Super Bowl champions.

The Minnesota Wild may learn as soon as Tuesday whether the NHL is choosing Target Field as the playing site for the January 1, 2021 NHL Winter Classic. Wild owner Craig Leipold told Sports Headliners awhile ago his franchise is competing for the prestigious outdoor game that has never been held in Minnesota.

The 2020 Winter Classic is at the Cotton Bowl in Dallas and an announcement about the 2021 playing site will come next month. The Wild is competing with another city (name not publicized) for the game. The opponent for the Target Field game might be either Chicago, Colorado, St. Louis or Winnipeg. 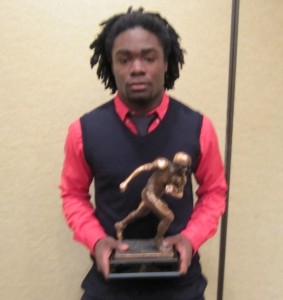 Speculation is that elusive wide receiver and kick returner JD Spielman, the former Eden Prairie star and 2015 Minnesota prep Mr. Football, might transfer from Nebraska to the Gophers. Maybe so, but Sports Headliners is told Spielman won’t have his degree until next summer and couldn’t be a graduate transfer until then.

Cincinnati.com reports former Gophers deputy athletics director John Cunningham will earn $475,000 in base salary as the University of Cincinnati’s new athletics director. That is reportedly $77K less than previous Bearcats boss and now USC AD Mike Bohn. Gophers AD Mark Coyle’s compensation is $850,000. Cunningham oversaw the Minnesota football and men’s basketball programs, and he had worked with Coyle at Syracuse before both came to Minneapolis in 2016.

Chris Snow, the former Minnesota Wild beat writer for the Star Tribune who segued his career path into an NHL front office career, is in the early stages of battling ALS. Snow, who initially worked for the Wild after leaving the Minneapolis newspaper, is assistant general manager of the Calgary Flames.

The losing ways of the Timberwolves (lost 12 of their last 13 games) likely won’t threaten the job security of first-year head coach Ryan Saunders. But if Saunders were to be let go during the season by Gersson Rosas, the first year president of basketball operations, he could consider Staples, Minnesota native Dave Joerger, a veteran NBA head coach who was fired by the Sacramento Kings after last season.

Another option if a change was made during the season might be naming an assistant on the Timberwolves staff as interim head coach,, perhaps Pablo Prigioni. In the spring Rosas could review a list of candidates including lead Houston Rockets assistant Elston Turner. The two worked together several years ago in the Rockets organization.

Retiring Minnetonka High School football coach Dave Nelson is one of four national candidates for the American Football Coaches Association’s Power of Influence Award that will be given out at next month’s convention.