Jeff Diamond, the former Vikings general manager who was the 1998 NFL Executive of the Year, is upbeat about the 2022 team and predicts a 10-7 record, possibly better.

“I think that gets you a Wild Card,” Diamond told Sports Headliners earlier this month. “And they could do better than that (10-7 record). I think once you get the momentum, then things can start rolling.”

The Vikings’ record last season was 8-9 and that wasn’t good enough to make the playoffs. Most of the key personnel is back under a new coaching staff that will use new schemes on offense and defense. The Vikings have 10 starters returning on offense, seven on defense. 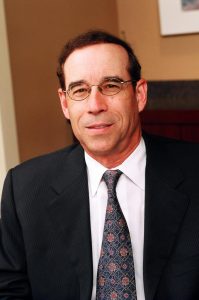 There have been significant changes with the defensive roster including linebacker Za’Darius Smith and high draft choices Lewis Cine (safety) and Andrew Booth Jr. (cornerback). The defense was a liability last year (No. 25 in points allowed) but Diamond expects the unit to be improved.

The schedule is another reason Diamond is optimistic about his old team. “I think the schedule is favorable because they’ve got the extra home game this year. Compared to last year they had only eight home games, this year they have nine home games. Then they have the neutral site game with the Saints in London so there’s really only seven true road games so I think that’s an advantage schedule wise.”

To Minnesota’s benefit, too, is that the quality of opponents doesn’t appear to be daunting. The strength of schedule for 2022 ranks No. 20 in the 32-team NFL.

There is a wagering trend that the Vikings will earn around eight wins in the coming season. Forecasts for a bad year such as 6-11 will be difficult to find, and at the other extreme national talk show host Colin Cowherd is forecasting a 13-4 record and a NFC North Division title.

Consistent with recent NFL concerns about protecting the health of its players, don’t expect to see a lot of Vikings starters in the team’s preseason games. “I think you’ll see them (starters) probably play a total of three-quarters in the three games, would be my guess,” Diamond said. “…I just think they’re very cautious and some of them like (running back) Dalvin Cook probably won’t play at all, or maybe one series.”

Gophers fans can watch the football team practice starting at 2 p.m. Saturday, August 6 at Huntington Bank Stadium. Enter Gate E for the free event that includes a Fan Zone in the West Plaza with inflatables, yard games and photo stations. 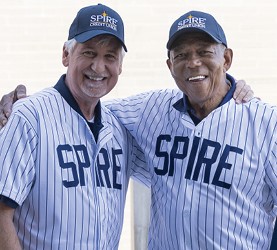 World Golf Hall of Famers Amy Alcott, Juli Inkster, Nancy Lopez, Hollis Stacy and Jan Stephenson are scheduled to compete in the Land O’Lakes Legends Classic presented by The Meadows at Mystic Lake on August 13-14 in Prior Lake. Inkster, the defending champion from last year’s inaugural event, is also a member of the LPGA Hall of Fame as are Alcott and Lopez. http://LegendsClassicMN.com

The Twins will play 20 home games at Target Field in August, the most in 45 years dating back to when the club was based at Met Stadium. In addition to Central Division rivals the Royals and Tigers, there are games against the Blue Jays, Rangers and Red Sox—with those clubs making their only 2022 Minneapolis appearances. In an interleague series, the NL Giants come to Target Field (opened in 2010) for the first time ever. The Twins’ home record is 27-22 and on the road 26-25.

Outfielder Matt Wallner, the powerful hitting Forest Lake, Minnesota native, draws speculation he could be part of a Twins’ trade deadline transaction to acquire pitching. But the 6-5, 220-pound Wallner has struggled at the plate in July hitting .118 since being promoted from Double-A Wichita to the Triple-A Saints.

Jim Kaat, now a member of the National Baseball Hall of Fame, spent the early part of his long career with the Twins but ended his MLB days with the Cardinals who won the 1982 World Series. In a July 23 New York Times story he told writer Tyler Kepner “no athlete in any professional sport has played 24 seasons before getting a championship ring.”

Terrin Vavra, the former Gophers shortstop (2016-2018), is hitless in three at bats with the Orioles since being promoted from Triple-A Norfolk last week.

Cameron Christie, the Rolling Meadows, Illinois shooting guard who has verbally committed to the Gophers for the class of 2023, is the second best player in his state per 247Sports but in its composite rankings lists him as a three-star recruit, not a four or five.

The first ever volleyball Big Ten Media Days will be Monday and Tuesday. The Big Ten Network will have coverage from 7 to 8:30 p.m. (CDT) Monday and 7 to 8 p.m. Tuesday.