Griffen Return Depends on Who Ask

Griffen has been on leave since last month because of mental health issues. His whereabouts are a closely guarded secret, as they should be as he receives professional consultation. This is a serious situation with one Vikings source telling Sports Headliners, “He’s got a lot of demons.”

The Vikings come off of a bye week when they play the NFC North Division leading Bears on November 18, and there’s some opinion Griffen could return for that game.

However another source close to the organization said, “He might not ever be back.”

Ever, as the saying goes, is a long time, and Griffen is only 30 years old and an important part of the defense. He finished fourth in the NFL last season with a career-best 13 sacks and was named second team All-Pro.

Griffen is an emotional player and there is an upside to that with a source saying the Vikings not only miss his physical skills, but also “the goofy leadership” of the nine-year pro. That same source, a person with decades of experience in the NFL, said Griffen’s replacement, third year pro Stephen Weatherly, has been better than the team expected.

The Vikings’ top performer now at defensive end is Danielle Hunter. The 23-year-old is becoming a star and has learned from Griffen and others. “We all miss him out here. As a defense, we hope he is doing good and we hope to see him soon,” said Hunter.

The coaching staff of the Cardinals team the Vikings defeated yesterday includes Steve Heiden from Rushford, Minnesota. The assistant offensive line coach began his coaching career in the NFL at Concordia in St. Paul in 2012 after 11 seasons in the NFL.

Running back Mohamed Ibrahim from the Gophers was announced this morning as the Big Ten Freshman of the Week for his 157-yard performance last Saturday in Minnesota’s loss to Ohio State.

Word is the 2019 St. Thomas-St. John’s football game will be played at the Minnesota United’s new Allianz Field. The 2017 game at Target Field had announced attendance of 37,355, a Division III record crowd.

The storied rivalry went to another level last Saturday when the Johnnies paid tribute to their legendary coach John Gagliardi, who died earlier this month. The Johnnies ended the Tommies’ 31-game conference win streak in a matchup between two of Division III’s best football teams. 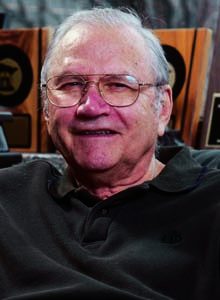 MIAC Commissioner Dan McKane on Gagliardi’s legacy: “There will never be another John Gagliardi. He was a pioneer in the way he approached his craft and it made him a household name in the world of college football. More important than his success on the field, however, was the impact he had on literally thousands of young men and women over the years. …Everyone who was fortunate enough to cross paths with John was better for it and his light in our world will be deeply missed.”

Interesting future dates on the calendar? If the Timberwolves trade Jimmy Butler to the Heat, they won’t see him at Target Center until near April Fools’ Day. The Heat comes to Minneapolis for an April 5 game, and the Wolves play in Miami on December 30.

Gophers basketball coach Richard Pitino hosts his annual reception to raise awareness and fight cancer from 5:30 to 8:30 p.m. November 4 at Interlachen Country Club in Edina. Pitino said he has raised a “couple hundred thousand dollars” in the past. “It’s been a fun event to be a part of,” he said.

More information, including about tickets and sponsorships, is available at coachesvscancerminnesota.org.

Tickets for the April 6 Final Four and April 8 NCAA title game at U.S. Bank Stadium in Minneapolis will be hard to come by but Final Four Friday on April 5 will offer free admission to see how the facility has been modified for basketball and also watch the teams practice.

It could be quite a homecoming for Minneapolis area basketball players if Athlon magazine nails its 2019 Final Four prediction of participating teams—Kansas, Kentucky, Duke and Gonzaga. Geno Crandall and Reid Travis now play for Gonzaga and Kentucky respectively, but in high school attended DeLaSalle. Tre Jones of Duke is a former Apple Valley Eagle.

Eric Musselman, son of former Gophers and Timberwolves coach Bill Musselman, has turned Nevada into a national power, with Athlon placing the Wolf Pack No. 5 in its preseason national rankings after Kansas, Kentucky, Duke and Kansas.

Former Twins second baseman Brian Dozier has struggled at the plate since joining the Dodgers and is hitting .133 in his last 30 games. Dozier has limited plate appearances in the playoffs this fall, with four at bats and one hit.

University of Minnesota volleyball head coach Hugh McCutcheon will be inducted into the International Volleyball Hall of Fame on Nov. 10 in Holyoke, Mass., the location of the sport’s birthplace. Among his many achievements are coaching the 2008 U.S. men to the Olympic gold medal, and the 2012 American women to the silver.

Among those on the University of Minnesota Presidential Search Committee to find a replacement for Eric Kaler is former Gophers football player and Minneapolis businessman Mark Sheffert who is renowned for his leadership and organizational savvy.