General managers often prefer to hire their own coaches. Leipold replaced Chuck Fletcher with Fenton after last season with the intent of making the Wild a better performing playoff team. The franchise has earned its way into six consecutive playoffs but is known for early exits.

Boudreau was hired as the Wild’s coach in 2016. His first two Minnesota teams exited the playoffs in the first rounds. As of today, the Wild has played well enough to be fourth in the Western Conference standings with 56 points. The team has won four more games than it has lost, reflecting inconsistent results but enough success to make the playoffs if the season ended now.

Boudreau had previous head NHL coaching jobs with the Capitals and Ducks. His teams had some playoff struggles and never made the Stanley Cup finals. That, too, was part of the reason Leipold was asked late last week if his coach’s job is safe if Minnesota doesn’t earn its way into the playoffs this spring.

“The answer is absolutely his job is safe,” Leipold said. “To be honest, we plan on making the playoffs, but there’s a lot of competition for those playoff spots, and I think Bruce has done a great job. (Defenseman Matt) Dumba going down for the season has hurt us obviously, so there are a lot of other issues if we don’t make the playoffs.

“Bruce is a spectacular coach. I still regard him as a top five in the league, as do most people. I look at it occasionally where I see a comment where a writer might say, ‘Is Bruce’s job on the line?’ Absolutely not.

“I don’t see that happening, although honestly, Paul and I have not even spoken about it. I feel certain Paul has the same feeling that I do about it.”

Leipold isn’t second-guessing his coach and general manager, nor is he doing that about the mega contracts he gave to forward Zach Parise and defenseman Ryan Suter in 2012. The two free agents signed 13-year, $98 million deals.

“It was a game changer at that time,” Leipold said. “They are two special players. They continue to perform at very high levels. So the answer is unequivocally, if I had to make that decision over again, I would have made it even quicker than I did at that time. “

Parise leads the Wild in goals with 20 and in points with 45. Suter is fourth on the team in points with 34. Their skills, experience and leadership have not only paid off on the ice, Leipold said, but also financially for a franchise that regularly sells out its home games.

“They’re two players that are not lazy players,” Leipold said. “They give 100 percent all the time. The leadership that they have on the team is priceless. I wouldn’t be surprised if Suter, the way he is playing, he can play until he is 45. I am not going to be surprised if he wants another contract after this one expires.”

Parise is 35 years old, Suter 34. With several years remaining on their contracts does Leipold feel boxed in on payroll flexibility to improve his roster?

“You know I think at some point it might (be a factor), but it’s not right now,” Leipold said. “Because the average of their contract(s) is now really right on par with what top teams are paying their top players. The players now that are coming out to unrestricted free agency are making a lot more money than these two players did at that time.

“So, sure it takes $15 million (on the payroll) that we’re paying two players but the contributions that they make are well worth that money that we’re paying every year. So I have no regrets. None at all about that signing.”

Although the sale began just last Friday, about 10,000 tickets have already been sold to the public for the October 19 Saint John’s-St. Thomas football game at Allianz Field in St. Paul. A source involved with the game said about 4,000 tickets remain in the 19,500 seat facility that opens later this year as the home of soccer’s Minnesota United. Almost 5,000 seats are being held for a sale later in the year to students from both schools. 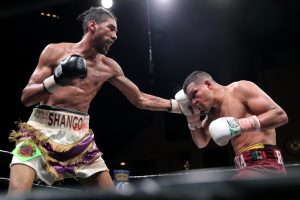 James on the left.

More than 1,000 VIP and ringside seats at an average price of $85 have been sold for the February 23 boxing card at the Minneapolis Armory. The card includes Minneapolis welterweight Jamal James, ranked No. 3 in the world by the World Boxing Association, against Janer Gonzalez of Colombia, winner of 19 bouts with only one loss and a draw. The main event matches Andre Dirrell (32-1-1) against once-beaten Avni Yildirim (21-1) for the vacant WBC World Super Middleweight title.

Coincidences: former Vikings quarterback Wade Wilson and ex-Twins center fielder Lenny Green both died this year on their birthdays. Wilson, 60, died on February 1, while Green, 86, passed away on January 6.

A player Vikings fans can look at with envy tonight in the Super Bowl is Rams offensive left tackle Andrew Whitworth. During the 2017 offseason he was a free agent after playing for 11 seasons with the Bengals, where Mike Zimmer once was the team’s longtime defensive coordinator. It’s believed the Vikings and their head coach were among the courters for Whitworth, trying to patch up a still to this day leaky offensive line. Whitworth, 37, is a force on the Rams offensive line and a high character guy.

The NFL had a 29 percent decrease in reported player concussions during the 2018 regular season, according to the January 25 issue of USA Today.

Augsburg hockey forward Alex Rodriguez is having a news making senior season while leading the MIAC in goals. Among the nation’s top Division III goal scorers, the Miami transplant has three hat tricks this season and is featured in Sports Illustrated’s “Faces in the Crowd” section of the early February issue.

Dick Jonckowski has ordered another 500 copies to be printed of his book, It’s All About Me, Dick Jonckowski: A Minnesota Treasure. The Shakopee-based emcee and public address announcer originally had 1,500 copies printed. Jonckowski autographed 200 copies of the book at a Twins event last week at Target Field.