It could be that top playmakers Adam Thielen and Patrick Mahomes return for Sunday’s game in Kansas City between the Vikings and Chiefs.

Wide receiver Thielen, recovering from a right hamstring injury, didn’t play last Thursday in Minnesota’s win over the Redskins. By Sunday he will have both rested and undergone treatment, making a return to the lineup perhaps likely.

Mahomes, the Chiefs’ starting quarterback and 2018 NFL MVP, dislocated his right knee cap more than 10 days ago and he didn’t play Sunday night against the Packers. But that evening NBC TV reporter Michele Tafoya said Mahomes told her that if the Chiefs were facing a playoff game he would have played against the Packers.

The 6-2 Vikings and 5-3 Chiefs have postseason ambitions just like 50 years ago in 1969. Minnesota and Kansas City played in Super Bowl IV on January 11, 1970. The Vikings were about a two touchdown favorite but lost 23-7.

Chiefs coach Hank Stram loved the limelight and was “miked for sound” during the game. He is famous for this quote about a Vikings defensive back: “(Karl) Kassulke: was running around there like it was a Chinese fire drill.”

Vikings defensive end Jim Marshall played in that Super Bowl but many fans remember him for a gaffe 55 years ago this month. Playing against the 49ers, he scooped up a fumble and ran 66 yards the wrong way and into the end zone. The 49ers were rewarded with a safety.

Ben Utecht, the Hastings native and former Gophers star tight end now a brain health advocate, speaker and entertainer, is the latest guest on the “Behind the Game” Twin Cities cable TV showed hosted by Patrick Klinger and Bill Robertson. The Utecht episode is also on YouTube.

In the latest A.P. and Coaches polls the Gophers are ranked No. 13 nationally, while Penn State is No. 5. The last time Minnesota was ranked in the top 25 and played another ranked team was in October of 2004 when the No. 13 ranked Gophers lost to No. 14 Michigan.

If Minnesota defeats Penn State a week from Saturday the Gophers will almost certainly be ranked in the top 10 in polls. The Gophers haven’t finished a season in the top 10 since 1962, 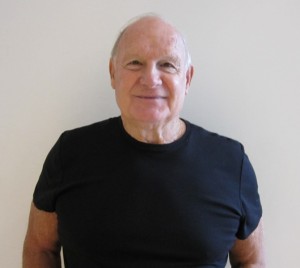 Willie Burton, the former Gophers basketball player who will have a banner raised in Williams Arena to honor his legacy January 26, was recruited out of high school in Detroit by Minnesota head coach Jim Dutcher who said Burton turned down Michigan and Michigan State. “He could have gone wherever,” Dutcher told Sports Headliners.

Dutcher resigned as Minnesota coach before Burton enrolled in 1986 and he played four seasons for coach Clem Haskins. The third-leading career scorer in program history, Burton played on two NCAA Tournament teams including a group that made the Elite Eight.

Dutcher’s son Brian Dutcher, head coach at San Diego State, has a team that is picked by the media to finish second in the Mountain West Conference behind Utah State.

The 3-0 Timberwolves have shown unity and hustle in their early regular season games, but face their biggest challenge so far Wednesday night in Philadelphia against a 76ers team that could win the NBA title. Give Wolves star center Karl-Anthony Towns credit for organizing a team bonding trip to the Bahamas prior to training camp.

Towns is the Western Conference Player of the Week for NBA games played October 22-27. As of Monday afternoon Towns ranked third in the NBA in scoring (32 points per game), sixth in rebounds (13.3), second in steals (3.00) and second in three-pointers made (5.0).

An S.I. online story last week listing baseball’s top 50 free agents ranked Astros’ starting pitcher Wade Miley at No. 40 and suggested the best fit for him could be the Twins. The October 24 article ranked Twins pitchers Serio Romo No. 44, Kyle Gibson No. 42, Michael Pineda No. 27 and Jake Odorizzi No. 14. S.I. said best fits for them are with other teams.